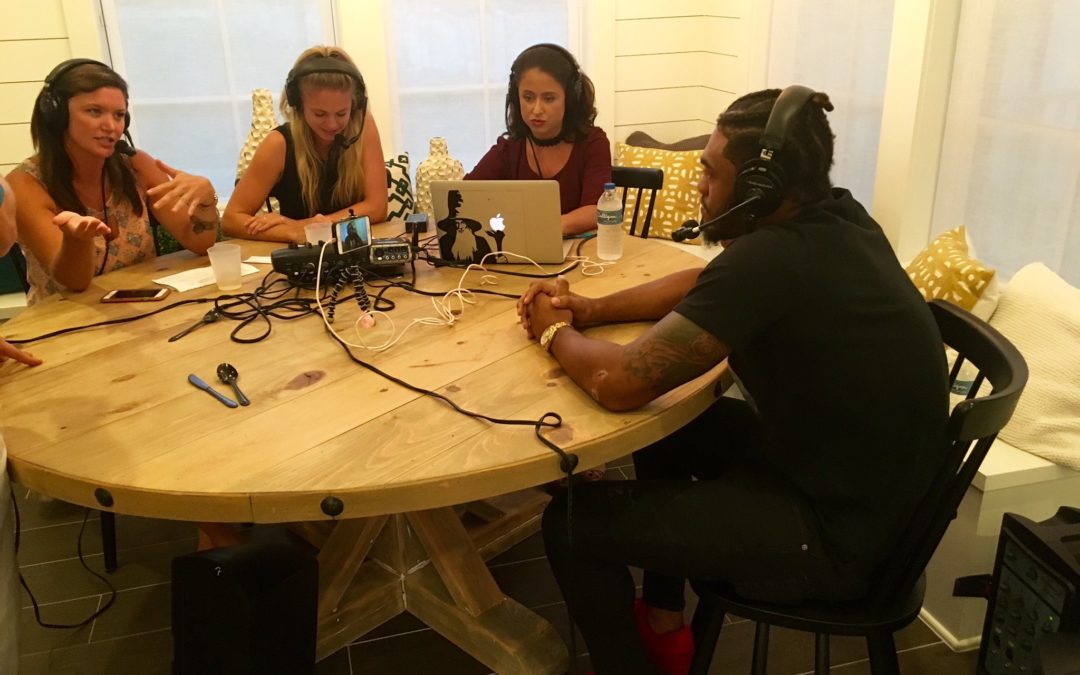 During a regular segment on Helmets and Heels dubbed ‘Studs and Duds’, the issue of how Olympic swimmer Ryan Lochte has been portrayed were on full display.

And if you knew the facts of the story ahead of time, the power of pitchfork social media can be scary.

I pride myself on listening to a variety of daily sports podcasts across multiple networks in order to get a well-rounded scope of current topics. So when the Ryan Lochte story of vandalism, lying and disrespecting another country broke last week, it caused an initial feeling of embarrassment and head shaking.

But as social media driven stories evolve, we learn more facts that ideally should be reported as such.

Out of the major sports and news networks, only one person was initially in Lochte’s corner and it was for the simplest of reasons: he analyzed the facts of the story instead of the fluff.

It was because of this that I chose Outkick the Coverage’s Clay Travis as my ‘Stud of the Week.’

Not that a stud title means anything in the grand scheme of things. But early on, Travis had the “facts matter” approach within24-hours of theLochte story breaking—which made the subsequent media coverage by networks I have trusted questionable at best and a witch hunt at worst.

These are the facts:

And for the “BUT HE LIED” crowd, I looked up how often an average person lies:

We are all told around 200 lies per day. On average, we lie three times per every 10 min of conversation. Which means roughly 60 percent of the population can’t go 10 minutes without lying.

As a former litigator, Travis explained in his Outkick Show that in order for a lie to be proven, you have to prove it is not correct. And you also have to prove that the person knew the lie was incorrect but chose to say it anyway.

Is Lochte the sharpest tool in the shed? Certainly not. And any time you visit another country, you should do your best not to insult and keep a low profile. But that doesn’t grant another country, an Olympic host country at that, to extort American swimmers for thousands of dollars before they’re allowed to go home.

What’s even more astounding is even after these facts have been released several times, we still have a good portion of people who believe Lochte was in the wrong and deserved every bit of backlash he’s received, if not more.

Which is why I want to make an impassioned plea for the public to seek facts and not fluff when it comes to news stories. Like it or not, a good portion of those in the media broadcast a story in a way that entices you to click, watch or share. This situation with Lochte could have happened to any of us and I would hope your life wouldn’t be destroyed because of a foreign and corrupt police department.

You can view our Lochte debate below…

The post The danger of how the media covered Ryan Lochte’s Olympic mess appeared first on GuysGirl.