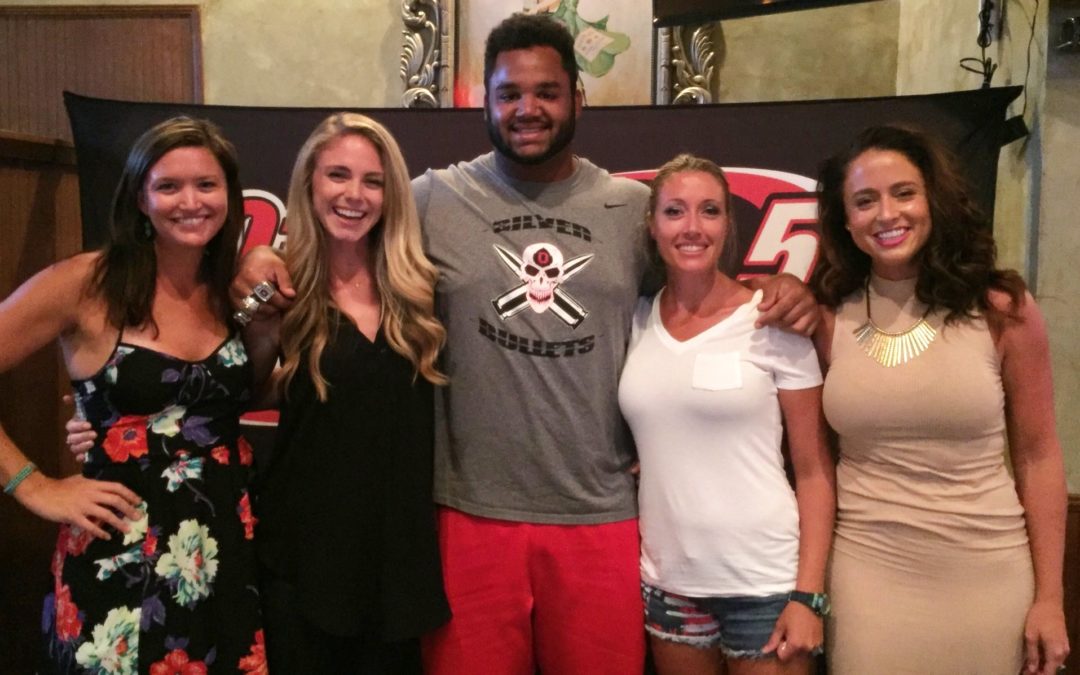 OSU’s — excuse me — THE Ohio State University’s DT Michael Bennett was drafted in the sixth round of the 2015 draft by the Jacksonville Jaguars. Bennett joined the ladies of Helmets and Heels live at Whiskey Jax alongside THE Jax Buckeyes Club to talk football life on and off the field.

During his first year in the NFL, Bennett started and played in 13 games on a Jaguars team struggling to take that next step. But in the offseason, the Jaguars had arguably one of the best offseasons in NFL history with the additions of Malik Jackson, Jalen Ramsey and Miles Jack on the defensive side of the ball.

So where does that leave the Jaguars defense in 2016? Bennett shares his thoughts on the Jaguars future along with his favorite moment while at THE Ohio State University.

PS: He also shares who his pick for favorite Disney princess.

Listen to the full show below or skip ahead to the good parts.

HIGHLIGHTS FROM THE SHOW