Fantasy Football and Why Fans Love It 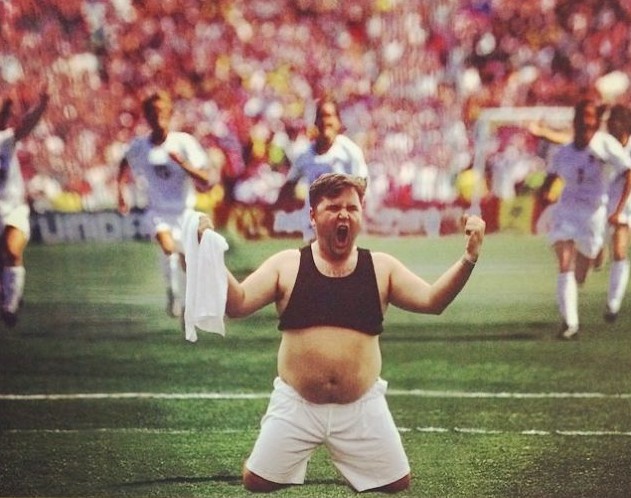 Fantasy football has reached epic heights in popularity. Think about it. How many of your friends or coworkers (men and women) are currently battling it out for fantasy bragging rights? It’s a great way to meet new people, an excuse for getting friends together every weekend, and it gives you something other than work to talk about at the office.

The competition, cash prizes, and nail-biting anticipation of every play have fans across the country glued to their TV sets every Sunday to see how their players perform. The best part about fantasy football is that it makes other games more interesting (other than your favorite team of course) and also over time creates a familiarity between you and other players in the NFL who might not be on your favorite team.

You draft a team of NFL players to form your idea of a perfect “fantasy” football team.

You must “draft” (select) a player when it’s your turn based on the skill of the player and/or your need for that player to fill a certain position on your team.

The positions for a team in which you draft are: quarterbacks, running backs, wide receivers, tight ends, team defenses and kickers. Some leagues also offer IDP leagues (Individual Defensive Players) to be on your fantasy team, but it varies per league.

Once you have a team drafted, you compete against other players in your league for points or position. Your team earns points based on the players’ performance in the real game.

For every fantasy football league, there are similar occurrences that happen in the NFL that you have to do for your own team such as trade players, choose to “start or sit” players who might be performing great or poorly and pick up other players based on your team’s bye weeks.

Fantasy football can be very in-depth in terms of stats and has many variations and rules, but ultimately the game is enjoyed by millions for one reason: it’s just plain fun to pretend you have the same power as an NFL coach.

WHAT’S THE QUICKEST WAY TO LEARN A LOT ABOUT THE PLAYERS IN THE LEAGUE? PLAY FANTASY FOOTBALL

Nothing helps to learn the various players, positions and news concerning the NFL more than playing in a fantasy football league. Playing in a league forces you to watch other teams other than your favorite. And after a little while, you will pick up who the stars are around the league and even some up and comers.

The post Fantasy Football and Why Fans Love It appeared first on GuysGirl.